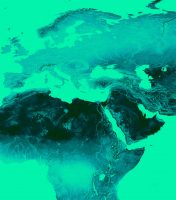 Nancy Pearlman is East Los Angeles College’s new adjunct anthropology professor who has dedicated her life to bringing justice to the environment.

She is an award-winning Broadcaster, Radio and TV Host, Documentarian, Environmentalist,  Educator, Activist and ex-Trustee  for the Los Angeles Community College District

Through environmental media, Pearlman has hosted TV and radio shows in over 30 nations , and has reached people across the world with her philosophies and rhetoric.

As host of “ECONEWS,” an award-winning show based on environmental issues, Pearlman has explored more than 90 countries and continues to produce, host, edit and film documentaries and other educational videos.

Along with “ECONEWS”, Pearlman has also hosted a radio show. On her  website, “Environmental Directions,” “her international weekly radio series, was started in 1977 and is now the longest-running environmental radio series in the country on broadcast and the Internet. These half-hour interview programs feature leading scientists, authors, activists, and representatives from the business, academic, government, and non-profit sectors. She has interviewed thousands of experts.”

Pearlman also currently lectures and performs with an Earth Cultures Project which began in 1958.

This organization is dedicated to educating the population on the improvements that can be made for the planet. On the Earth Cultures page,  “The organization produces documentaries and works with several performing groups and individuals through its Earth Cultures Project to promote cultural awareness and education through the arts.”

Pearlman is mainly interested in the cultural aspects of anthropology and studies the cultural and ritual dances that come from different regions of the world.

When Pearlman is not performing or filming, she dedicates her time to lecturing students on their personal responsibility.

Although she was the longest serving trustee, Pearlman was not elected for her fifth term in 2017.

Now, as she waits to run again in 2020, she has returned to the classroom to teach human biological evolution to her anthropology students. She has set goals to educate the student population on how to take responsibility for their place on this planet.

The philosophy that she tries to pass onto her students is that every living species should have the same right to live on this planet as does the human species. Throughout her lifetime, Pearlman says she has witnessed the destruction of the planet and depletion of resources.

“Unfortunately, when I started in the environmental movements in the 1970s, we had 5-10 species a day going extinct and now we have 10-15 species a day going extinct, on the planet. So, we still have a long way to go. Because of climate change, species that we thought would be threatened, like the polar bear, are starving to death,” said Pearlman.

In 1970, Pearlman was also a key activist in the coordination of the first Earth Day in Southern California.

Since then, she has spent the last five decades actively fighting against the degradation of the planet, and depletion of resources beyond control.

As a female activist, she has been silenced and ignored, even during the most significant accomplishments of her life.

“When I first went to speak on an environmental issue at the county board of supervisors, I’ll never forget the supervisor saying to me, ‘Oh, we don’t need to hear from you. We already heard from your husband,’” said Pearlman.

Her goal has always been to make local change before tackling the bigger issues.

As a board of trustee member, she pushed to make the new buildings on all nine campuses in the Los Angeles Community College District sustainable.

She aims to limit the footprint of the human species as much as she can by pushing changes, such as  adding recyclable trash cans around all nine campuses and in every building and classroom.

“I have worked and been a member of the board of directors and advisory boards of about 100 different environmental organizations,” said Pearlman.

“I was also active in the 1970s in the feminist movement and was responsible for example, getting the attorney general to rule that women could keep their own last names… I had to pay $70 to keep my name… so I got a ruling passed that you didn’t have to do it.”

Pearlman has also become involved in the construction of an orphanage in Kogelo, Kenya for about 50 children who have lost their families to AIDS/HIV.

She has tried to introduce solar panels to give students in Kenya enough light to study.

She said that she is active in the effort of eliminating the need for wood stoves, and replacing them for solar cookers.

Overall, Pearlman continues her fight for the environment and the resources it provides.

In the efforts to motivate people, and more importantly, the underrepresented women in science.

“Speak up, speak out, get attacked for being loud, for being outspoken, and be willing to say what needs to be said,” said Pearlman.