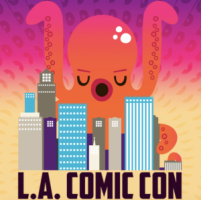 This year marks what the LA Comic Con has called its, #octoversary.

And to celebrate the conventions eighth year, it will have something special for everyone from the hardcore comic fan, to the horror fans and almost everyone in between.

Starting Oct. 26, fans have the chance to meet the people who write, illustrate and develop the comic book properties they love.

Some of the creators include Scottie Young, who has adapted the “Oz” books, which brought him various Eisner Awards and who has drawn many of the Marvel heroes and villains people love.

Ryan Ottley, who is famous for his  run on the Image Comic, “Invincible,” and Tim Seeley, who revitalized the character of Dick Grayson for DC Comics in “Grayson” and “Nightwing,” will also be in attendance, along with dozens of other creators and artists.

For fans of the live action medium, there will be many media guests that fans love at the convention as well.

Stars of both the big and small screen will be in attendance, such as Danny Trejo, who’s credits range from smaller budget movies to the huge “Machete” series of films.

Katie Cassidy, from the TV show “Arrow,” will be on hand representing the DC comics TV universe. Ariela Barer, Angel Parker and Brittany Ishibashi, which make up a large portion of the cast from the Hulu/Marvel show “Runaways,” will also be in attendance. Another huge draw this year will be the recent addition of Tenacious D on the main stage.

Tenacious D is comprised of  Jack Black and Kyle Gass. The duo will be on hand for a Q&A session along with moderator Colin Hanks, star of “Life in Pieces.” They are scheduled to talk about their upcoming animated YouTube series.

Out of the many conventions across the country, this event has always seemed much more intimate and fan-centric.

The convention has fostered a sense of community over the years by having big fan inclusive events, and this year is no exception.

The Los Angeles Comic Con has partnered with Legion M, a fan-owned entertainment company, and the company has some interesting plans for the event.

Legion M will be setting up what is being labeled as a “fan oasis” that will have interactive experiences that range from learning how to create cosplay, where a fan dresses up as their favorite hero, to trivia challenges.

In addition to this, the horror magazine “Fangoria” will also be present, having a booth and putting on a production on the main stage.

One the biggest parts of the convention is the annual Kids Halloween Costume Contest set for the last day of the show.

This event is a huge draw for families and has always shown how early on kids become fans of all types of fandoms.

This year’s event will be for all children under 12 years of age and will start with registration on Sunday at 11 a.m.

The event will then take place on the main stage at 12:15 p.m. The contest is always one of the highlights of the convention.

Tickets can be purchased through www.comicconla.com or on www.showclix.com and range from $25 to $35 depending on the day. Tickets for kids 12 and under are free. For times and schedule check www.comicconla.com.