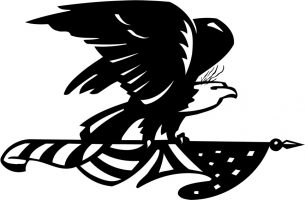 If the president truly loves this country, he would try a new hair cut and let love in. Maybe then he will show compassion for people and communities other than his own.

According to the first statistic to pop up after an internet search, two-thirds of men experience hair loss by the age of 35, and 85 percent of men by the age of 50.

People live with baldness in different ways: some shave their heads, others wear their baldness proudly while others choose to wear hats. The most extreme, however, wear the “comb-over.”

UrbanDictionary.com defines a comb-over as “a rearrangement of surrounding hair to cover a bald spot as completely as possible.”

My own personal experience with male-pattern-baldness began early, in middle school.

While running through the sprinklers during class time, fellow students saw my wet hair and told me– through a series of gut-wrenching laughing-fits– that mine was disappearing.

Later in life, in a brief marathon of self-induced solitude, information sent and received was limited to websites like R*ddit and F*cebook.

Based on unverified information, assumptions about people I didn’t know increased with every lost follicle.

Combined with a strict fast-food diet, I became self-absorbed, jealous and mean.

I began to see people as punchlines instead of individuals.

Even worse, I argued that my poorly-written comedy was “freedom of speech” while ignoring actual cases of speech being stolen from entire communities.

In other words: I became an “internet troll.”

It was in that moment of extreme-entitlement that I decided to take the hat off and reveal a clever ploy: “a rearrangement of surrounding hair to cover a bald spot as completely as possible.”

Now on the receiving end of internet trolling, I converted people’s laughter into wordy rebuttals filled with excuses and lies.

I used foul language as an excuse to retaliate with even fouler language.

I mistook other people’s compassion as judgement or elitism. Ultimately, I was wrong and am still embarrassed by this behavior.

This embarrassment led to chronic hat-wearing. Top hats, berets, pork pies, beanies and the all-time classic: the baseball hat; but never a fedora.

Family, friends and people I didn’t even ask grew concerned over my obsession with hats; informing me that frequent-hat wearing causes further hair loss.

At a true low-point, I sought the advice of a professional hair stylist. I received a respectable hair cut and eventually learned to love myself. In time, others. The hat was covering up the truth and the comb-over was fake news.