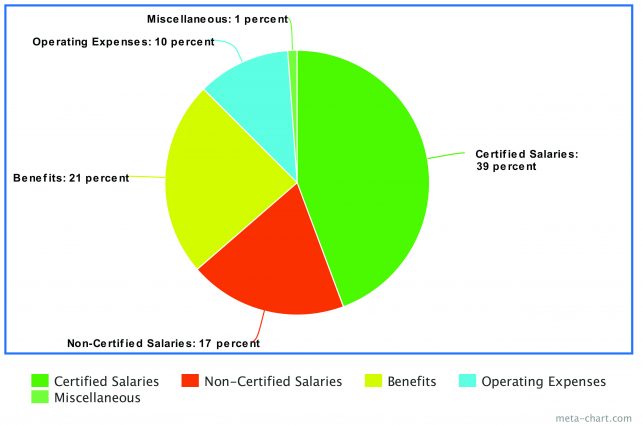 The East Los Angeles College unrestricted general fund cyclical data from October reveals what the school spends its money on.

For ELAC, 39 percent of the money from the budget is going to certified salaries, 17 percent to non-certified salaries and 21 percent to benefits. This means 77 percent of the overall budget goes to cover staff and their benefits. 10 percent goes to operating expenses such as gas, telephone and electric utilities. The rest, one percent, goes to other smaller expenses such as printing and supplies.

The highest cost for certified salaries is for regular instructors with the current budget being set at $23.78 million. This is approximately the same as what it was for the year end budget last year, with the total cost of that being more than $23 million.