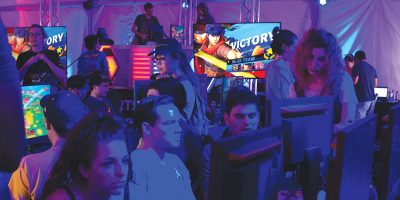 Sports fans watched fast-paced three-on-three basketball while esports fans watched Super Smash Brothers Ultimate players compete on Friday and Saturday at the Los Angeles Street Festival. The event was created in partnership between the LA Times and the International Basketball Federation, FIBA. It is a callback to the original name the association started with, and its role is to govern international competition in basketball. The LA Street Festival had a variety of booths, half-court areas for play and even a section for an esports tournament.