Texas passed the “Heartbeat Bill”, banning all abortions after six weeks, making it a controversial and unconstitutional bill that does more harm than good. 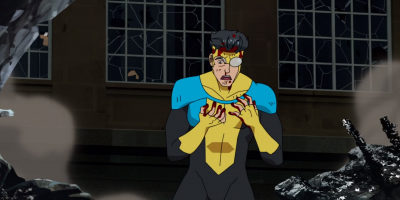 “Invincible” season one, Robert Kirkman and Ryan Ottley’s show on Amazon Prime Video, ends by devastating the show’s protagonist and its audience. Hurtling toward the end of the first season, one thing is brutally clear during the eight episode run of the show, if it can bleed, it will.

Spending too much time on social media platforms affects the grades of students at East Los Angeles College. When students are alone, they avoid their surroundings with the use of social media. They put their headphones on and watch videos on YouTube. This all seems harmless until it starts to affect student’s ability to stay focused on their coursework. ELAC students constantly stop working on library computers to browse social media.