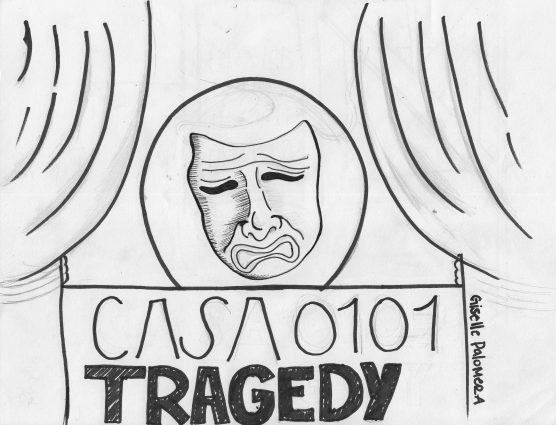 CASA 0101 may be closing down in the near future due to financial difficulties.

The community theater in Boyle Heights, founded by playwright and East Los Angeles College alum Josefina Lopez, is facing issues paying the rent in order to keep the theater running.

The theatre received three months of free rent by the landlord to keep the theater going while they manage the payments.

“We need to pay for lights, water, equipment and repairs.

A lot of money goes into maintaining the stage and donations are needed to keep the theater afloat,” Moyer said.

The theaters staff has launched the 350 Campaign, using the hashtag #casa350 on social media to spread the word of how they’re trying to make ends meet.

The staff has used email and word of mouth to spread awareness.

They also reached out to councilman Jose Huizar of District 14 to aid in putting the funding together.

Deleage stated that another cause of the theater’s decline was due to the arts being overlooked by subjects, such as health, when it came to funding.

According to Moyer, Lopez founded the theater to help the community.

“She wanted to provide a space and opportunity for those in the Latino community to have their voices heard,” Moyer said.

CASA 0101 has been a part of its community for 15 years, and hosts art exhibits, film festivals and theatrical productions.

Lopez also teaches free classes for youths and low-cost classes for adults on how to write their own plays.

The classes teach students how to write stories that focus on Latino characters.

“Supporting the arts is exactly what we’re trying to do, and if that matters to you, then put your money where your mouth is,” Lopez said.

The staff and board members are hopeful that their production of “Brown and Out,” a series of 10 short plays in a row, will invigorate public interest in attending CASA 0101.

“If you want to support us, become a monthly donor and see our shows,” Deleage said.

Donors can visit their site at www.casa0101.org to learn more about the theater and sign up to send a donation.

More information on purchasing tickets can be found on www.casa0101.org.