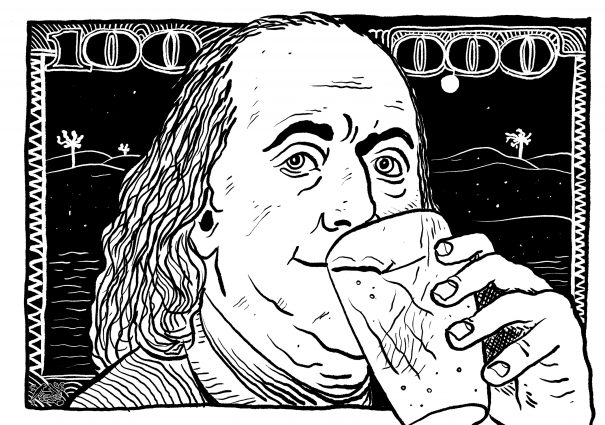 If the people of California are being penalized for water consumption, so should the companies that make excessive profits from California’s natural water.

“Each Californian uses an average of 181 gallons of water each day,” says the U.S. Geological Survey website. In terms of reusable 5-gallon water jugs, that’s about 36 jugs per day.

Last year in December, the California State Water Board concluded a nearly two-year investigation into Nestlé, the transnational food and drink company.

Another corporation that makes large profits from California’s natural resources is The Wonderful Company, makers of POM Wonderful, FIJI Water and Wonderful Pistachios/Almonds/Citrus.

These companies have revenues of over $4 billion. In a 2015 article published by Forbes, The Wonderful Company — owned by Stewart and Lynda Resnick — use at least 120 billion gallons of water every year.

Despite these inconceivable numbers, there are laws helping communities achieve their water rights.

The Department of Interior is the government agency that oversees the sale of natural resources.

Although the case with Nestlé is still not resolved, there is progress happening in other parts of the country.

The Water Rights Settlement Act will help fund projects like the Four Horns Dam and the long-neglected, 100-year-old Blackfeet Irrigation Project. Other projects include the development of community water systems, development and management of fisheries, and land acquisition.

“This will have a tremendous impact on our children and grandchildren,” Montana-based Blackfeet Tribal Business Council chairman Harry Barnes told Zinke. “It will impact the Blackfeet people for years to come.”

Although the bill was signed into law by President Obama in 2016, Eve Byron of the Missoulian said in an article published last Friday that the process began about five decades ago.

“The process actually dates back to the early 1970s, when the state of Montana began a water adjudication effort to determine all water rights within the state, including those of the tribes. The effort faced legal challenges that led to a 1983 U.S. Supreme Court decision that allowed the process to move forward,” Byron said.

While big corporations are extracting water at a record rate, farms and towns in San Joaquin Valley have used the underground water supply because of the drought.

Last year in February , NASA released a report illustrating two “bowls” where the land is sinking — one between Modesto and Tulare, the other between Huron and Kettleman City — showing the potential risk to the California Aqueduct.

If corporations like Nestlé and the Wonderful Company can make excessive profits off California’s natural resources, the people in our communities should benefit by having easy and inexpensive access to clean water and investment into their infrastructures and sustainability.