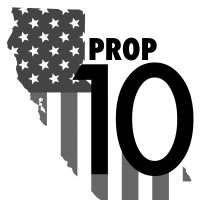 Voters should vote no on Proposition 10 in the California general election on Nov. 6.

The new proposition, supported by the Democratic party, seeks to repeal the Costa-Hawkins Rental Act, which has been active since 1995.

“The Costa-Hawkins Rental Act is a statute that limits the rent control in California and establishes that cities cannot enact rent control on housing occupied after February 1, 1995,” according to ballotpedia.org.

Despite this, the act establishes that landowners have the right to increase rent prices to market rates when a tenant moves out.

Supporters of the proposition claim that it will help tenants because the government will regulate the rent prices so that families can afford it and keep them in their homes.

If the measure passes, landowners will not be able to increase the rent price of their property when new tenants want to rent.

This new proposal will make a change to society, but it will be hard because cities like Santa Monica, San Jose, and San Francisco already have this law and haven’t shown any changes. Instead, these cities are known to have the most expensive housing markets and it’s hard for people to afford the rental.

On the other hand, opponents of the proposal argue that it will reduce home values for middle class families at a time when many homeowners are counting on it to help finance their retirement .

“The average California homeowner could lose $60,000 in the value of his or her home if this initiative passes,” according to noprop10.org.

It will be hard for landowners to maintain their property when government regulates the rent prices because the pay from the rent won’t be enough income for living expenses or for maintenance of the property.

If there is not enough money for property owners, how will they repair the property when it gets damaged?

The answer is simple; they won’t be able to do it because rent prices are low and they don’t have enough revenue to keep investing in the property.

At the end of the day, if the measure is passed, tenants will be happy with low rent prices.

Tenants, however, will not want to live in a damaged property that can’t get fixed due to the landowner’s lack of funds.

They won’t feel comfortable in a place like that, but there will be nothing they can do.

Owners won’t have the money to invest in repairs or renovations.

Tenants will pay for what they want/deserve.