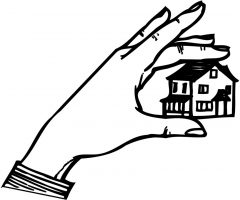 Vote yes on Proposition 1 and 2 on Nov. 6 for an improvement in housing in California for low-income residents and veterans.

Prop. 1 would authorize four billion dollars in funds to the state for general obligation bonds for housing-related programs, grants and loans.

The annual state cost to repay bonds for Prop. 1 would be an average of about $170 million over 35 years, according to the Legislative Analyst’s Office.

This amounts to about one-tenth of 1 percent of the state’s current General Fund.

The bonds would go toward eight different programs. $1.5 billion would go to the Multifamily House Program.

This program offers loans for the rehabilitation, construction and preservation of rental housing and apartments for people with incomes of 60 percent or below the area’s median income.

This would be good for those who are having trouble surviving in California with such high prices.

Opponents of Prop. 1 say it would cost the state too much money.

However, the total of $5.95 billion that it will cost the state pales in comparison to the spending the state does each year.

Assemblyman David Chiu, D-San Francisco, said in an SF Chronicle article, “The failure of the state to fund this type of housing has really made this necessary.”

$1 billion of the bonds would go to CalVet Home Loan Program, a program that offers veterans assistance with loans to purchase homes, farms, mobile homes, and units in cooperative developments.

CalVet has helped veterans for many years now since its inception.

Mark Carreon, a U.S. veteran who is a second-year student at East Los Angeles College, said, “Veterans may have a hard time transitioning from the military back into the civilian world.”

He says that this could cause veterans to fall behind on finding a steady income, home, and healthcare. Carreon says that community is important to veterans, so ELAC’s Veterans Resource Center is critical for students who are veterans that need help from others going through the same process of transitioning from military life to civilian life.

The remainder of the $4 billion from Prop. 1 would go to programs such as the Transit-Oriented Development Implementation Fund, which aims to offer grants and loans to local governments and developers for building housing near transit stations.

This would help those who have a hard time traveling due to a lack of transportation.

The initiative would take the 1 percent tax on millionaires created by Prop. 63 and allocate funds of $2 billion toward the state’s Mental Health Services Act. The money would be used to build housing for people with severe mental illnesses who are homeless or at risk of becoming homeless.