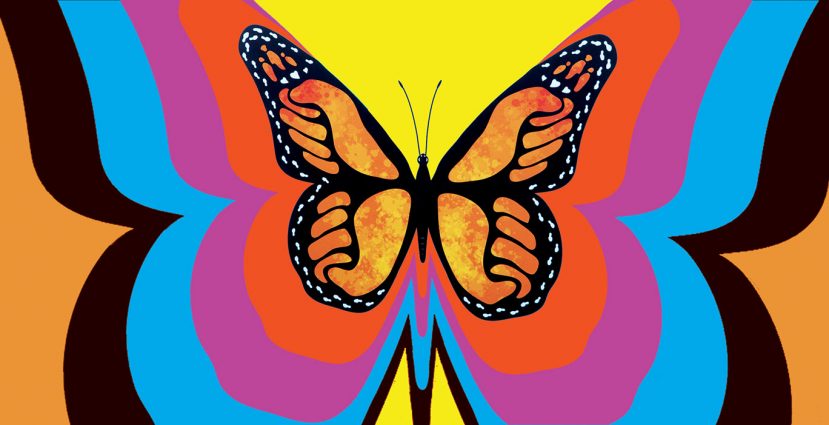 The East Los Angeles Career and Job Services Department held a career panel at the South Gate Campus that highlighted undocumented and Deferred Action for Childhood Arrivals professionals on Thursday.

The event was hosted by career counselor Carolyn Sevilla and adjunct career counselor Maria Rodriguez to help inform and give hope to students who may be either undocumented or recipients of DACA benefits.

“In the Career and Job Services Department, we have been seeing a lot more students disclose their legal status during their appointments,” said Sevilla.

She said that because of some of the students’ situations, they wondered what type of jobs they could actually get.The event was created to remedy the misconceptions and answer question for students on this topic. Sevilla and Rodriguez decided to put together a panel of working professionals to help students understand what they could achieve despite their status in the United States.

“We also wanted to show support to the student population given the current status of DACA. Our colleague Carmen Macias Limon, an adjunct counselor in the Adelante First-Year Experience, also helped us to identify the panelists who were ELAC alumni,” said Sevilla.

During the panel the ELAC alumni shared their own personal stories when it came to how they made it through their respective college experiences. Despite differing in how they achieved success, the takeaway was simply that  perseverance is key. Ana Meza, one of the panelists, works as a high school teacher and talked about how finding out that she was undocumented caused her plans for college to come into question.

Meza said that before becoming a DACA recipient she was afraid of trying to get a job as a tutor, something she loved and was good at doing. But coming to ELAC and joining the “Adelante Program” helped her find the courage and financial backing to continue on her quest to becoming a high school teacher.

Ana Perez, an analyst at Accenture, said that when she first started she would clean houses with her family to fund her college education. She attributed much of the knowledge she gained on being undocumented and still being able to participate in a collegiate environment from the Students for Equal Rights group on campus.

Meza and Perez were members of the SER and talked about how joining the group was very important to their college years at ELAC. Perez said, “It wasn’t too bad I guess because I was surrounded by people who supported DACA.”

Another Panelist, Jose Perez, said that when he first started there was no DACA program. He said that he worked doing yard work, tutoring, and searched for scholarships to help him on his way to college. He said that before getting DACA it was problematic to look for work, singling out “e-verify” as his most hated enemy. His work as a mental health professional is something he uses to help focus on those that are undocumented.

Jose Perez applied for DACA in 2012 and has used it to work on his doctorate. He said that continuing his education is important. “Getting an education is like giving the government the middle finger,” Perez said.

Rodriguez emphasized that each of the panelists had hustled and thought outside the box on their path to college and beyond.  Shelia Salinas, who works for AltaMed Health Services, talked about looking for alternative sources of income to get through school. She also said that once she was open about her status, it gave her a confidence she didn’t have before.

Each of the members of the panel had nuggets of advice for current DACA students. Meza said that volunteer work was essential, “It’s all about networking.”

She also mentioned that, like Salinas, being open and willing to share and talk about their status is important. Perez said, “Don’t say no to any opportunity.”

After the panelists had their time to share their experiences, Sevilla introduced Sandra Ruiz. Ruiz is an attorney from Loyola Law School who works with the school’s Immigrant Justice Clinic.

Sevilla invited Ruiz to answer some questions about working while undocumented or being a part of DACA. She said under SB1159, which compels all licensing boards to provide licenses despite their status in the United States, undocumented and DACA students can apply for any jobs that require a license. She said that the social security number that DACA recipients can get becomes theirs for life.

This meant jobs that require social security numbers are now within their reach. Ruiz also talked about disclosing immigration statuses to employers.  Ruiz said, “You are required by law to disclose your immigration status if you want to secure a job, otherwise the employer will deny you the job. However, it is the employers duty to ask for your status. You are not required to provide this information without first being asked.” It is not the responsibility of any recipient to tell their employer when their permit is going to expire. She emphasized that it is human resources responsibility to alert their employees of permit expiration.

Reyna Hernandez, coordinator at the Dream Resource Center at ELAC, confirmed that SB1159 was very important to the students at ELAC.  She said that students can use this to get a license or start their own business legally.  She said despite it being very useful it doesn’t cover all existing jobs that require licenses.

She gave the example of being a surgeon as something undocumented or DACA recipients can get licenses for. Hernandez also mentioned that AB60 allows undocumented students to acquire driver licenses, and would go a long way in doing what was legal in the state. She said that the Dream Resource Center helped students and the surrounding community in areas such as housing, food and security, financial support, and legal services.

She said that the main idea of the Dream Resource Center was simple. “The biggest message is education. Educating our communities. Empowering them to advocate for themselves. Understand their rights and their value to our country and community,” Hernandez said. When talking about DACA students and undocumented students, Hernandez wanted them to think ahead.

Concerning undocumented students, she said that the DRC wanted to help them find resources and support services that were specific for each individual. “Think of the next step. The next step is a pathway to citizenship. If you’ve already gone through so much, why not citizenship,” said Hernandez. In closing Thursday’s meeting, Ruiz gave in depth information for students who want DACA benefits.

This included when and how they should prepare their paperwork for the application process.  “If you never held DACA status, you cannot apply for DACA,” Ruiz said.  She outlined the criteria for DACA renewal and stressed the importance of filing applications as soon as possible. “If you held DACA status but it expired more than one year ago, (the student should) file an initial DACA application,” Ruiz said.  This would start the process anew.