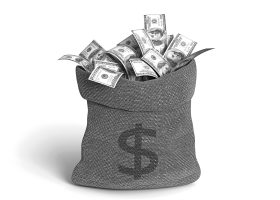 Only 26 people have been approved out of nearly 34,000 borrowers who have applied to a popular student loan forgiveness plan.

These figures were released at a conference held by the Education Department last week.

CNBC reports that so far more than 20,000 applications for a popular student loan forgiveness plan are pending.

This pending status leaves borrowers in loan-forgiveness limbo with no other options but to wait until they’re most likely denied.

Earlier this year, Congress authorized this program with $350 million to make fixes to an older popular student loan forgiveness plan that failed to properly communicate to borrowers the requirements of eligibility.

The current leadership of the Consumer Financial Protection Bureau, however, has clearly not taken advantage of the fix Congress authorized.

The fix would allow for borrowers with formerly ineligible plans but eligible payments to receive student loan forgiveness.

A report by the Consumer Financial Protection Bureau from five years ago says that the original forgiveness plan was supposed to be eligible to one fourth of borrowers.

The eligibility requirements were that the borrower must work for the government, must make 120 payments of student loans on time and must have qualifying loans, specifically Federal Direct Loans, under an income-driven repayment plan.

Many people found that they made all 120 payments or close to it but didn’t have the correct loans to be eligible and so their years of working to receive student loan forgiveness were a waste.

Some borrowers did a Direct Consolidation Plan in the middle of their repayment process which brings together all of a borrower’s loans into one loan and that reset their progress on making 120 payments on time, because it changed the type of loan they had.

Small things like this disqualified many borrowers from forgiveness and it isn’t fair because most were not aware of the eligibility requirements.

Leadership at the CFPB and the Education Department are trying to get rid of protections for students and borrowers alike.

The government needs to figure out a bold way to minimize the student loan debt crisis.

One way to start should be proposing a plan to forgive as much student loans as possible.

Borrowers are not able to afford homes, cars or medical care when they’re this deep in debt.

The longer the government waits to solve the problem the more interests accumulate raising costs and the debt.

The more people are in debt, the less money they have to spend contributing to the economy.

America needs a real fix to this problem.

According to the website Make Lemonade, there are more than 44 million borrowers with a total of  $1.5 trillion in student loan debt in the U.S.

One of the causes of the rise in debt is the Great Recession, because many people were no longer able to afford to pay off their debt and asked for forbearance.

This has had a devastating effect because the more time passed under forbearance, the more interest on payments accumulated, making costs significantly higher.

An estimated 11 percent of student loan debt is in default or over 90 days delinquent.

This means about one tenth of borrowers are actively struggling to make payments.

According to a report by Brookings.edu, an estimated 40 percent of borrowers may default on their student loans by 2023.

If this happens, it’ll only worsen the debt by accumulating interest on delayed payments.

Education Department secretary Betsy DeVos has said that the student debt crisis is looming over America and it’s true.

The solution, however, is not to give more power to predatory lenders like Navient, but to give economic power to the borrowers through student loan forgiveness.

DeVos said at the annual Federal Student Aid Training Conference in Atlanta, “Our higher ed system is the envy of the world, but if we, as a country, do not make important policy changes in the way we distribute, administer and manage federal student loans, the program on which so many students rely will be in serious jeopardy.”

The Education Department has not made any significant changes to help borrowers, however.

One of the only changes made recently was launching a Federal Student Aid app.

The app allows you to apply for FAFSA and directs you to StudentAid.gov which finds repayment options for borrowers.

It doesn’t cover the biggest issue which is that people are borrowing massive amounts of money for education, accumulating debt and not being able to pay it off.

What students and borrowers need is not an app.

What they need is student loan forgiveness.