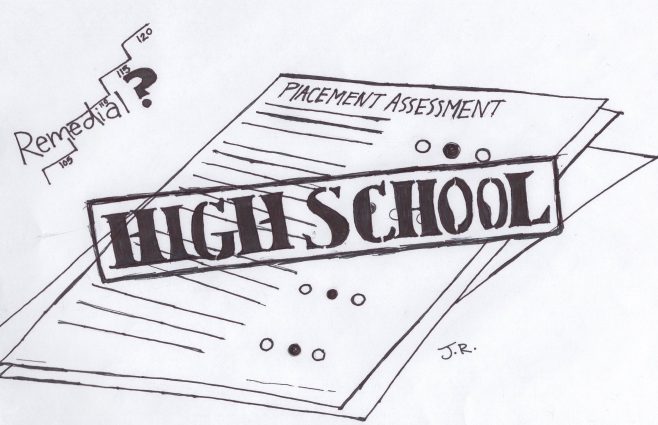 East Los Angeles College eliminated English and math placement assessments and does not require students to take remedial courses, which could have a negative impact.

The AB705 bill requires all California community colleges to increase the chances that students will enter and complete transfer-level coursework in English and Math within one year. Due to this, many schools eliminated remedial classes completely. Instead of using assessment tests, ELAC implemented Multiple Measures.

ELAC’s website said, “students who do not meet the criteria will be referred to the Guided Self-Placement process for English and Math placement.”

Critics argued that “students get discouraged from taking many remedial classes,” but the article “New Evidence on College Remediation” in The Journal of Higher Education said studies suggest most students who take remedial classes, do complete their degrees. ELAC student, Diana Morales, started with English 28 and Math 115 but completed remedial classes last semester. ELAC student Jeannette Chavez is in her last semester at ELAC, and said she had to start at the second to lowest math course.

While a GPA was considered most effective, not enough research exists to show how reliable it is for all students.

Janette Taracena enrolled at ELAC five years after high school and took remedial classes for both English and Math, because she had forgotten what she learned.

Taracena plans to transfer in Fall 2019 and said remedial classes helped people get to the point they need to be in. “Community college is supposed to be a second chance for many students,” Taracena said.

Relying on high school education to place students like Taracena in English and Math classes will be problematic and discourage returning students from applying.

The article “New Evidence on College Remediation” by Paul Attewell suggests that “most of the gap in graduation rates has little to do with taking remedial classes in college.Instead, that gap reflects pre existing skill differences carried over from high school.

“Assessments helped students learn all the fundamentals needed in order to move forward,  while the new law tells students to move along,” Gabriel Castro, Math Lab Director, said. Castro said passing a class doesn’t mean a student learned what they needed to learn. He said that if he had been a student under the new circumstances, he would have placed into Calculus 1 and failed because his high school did not prepare him well.

Castro said he had a student who took Algebra 2 in high school and was sure to be in the right class, but she failed his first quiz because she had forgotten the material.