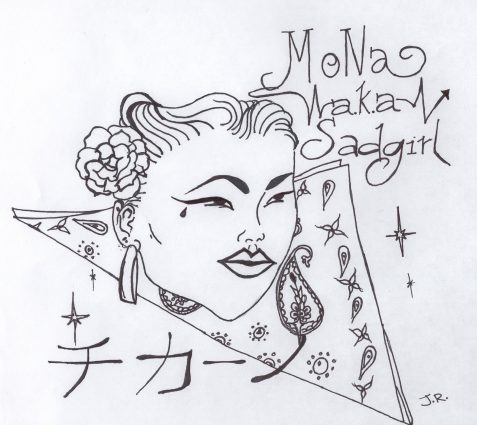 There is a Japanese subculture embracing the “Chicano” lifestyle which raises questions of cultural appropriation. The Chicano influence in Japan has been prevalent for a few years now.

They go beyond the surface level of the Chicano aesthetic and try to embrace every aspect of it. Culture is something that should be respected and when it is not it can deeply hurt the ones who are in the culture.

One very important thing to remember about the Japanese Chicanos is that they deeply respect the Chicano lifestyle.

Respect is an extremely important aspect of the Japanese culture, so it is only fitting that they respectfully adapt this lifestyle in their everyday lives. The Japanese Chicanos use this platform to spread and promote the Chicano lifestyle to those around them.

They are well aware of the struggles that Chicanos face and want to give them a better reputation.

Japanese Chicanos want people to see Chicanos in a better light and beyond their stereotypes that they are involved in gangs or are drug dealers. They put a heavy emphasis on family and doing all that they can for the people they love. Since the Japanese have close family ties, they can relate to the strong bond Chicano families have.

When they commit to this lifestyle, they know that they will not be accepted everywhere. However, they still do this because they love it. Music is another important aspect. Within the subculture, there are popular artists who sing in a mix of Japanese, English and Spanish.

One of the most popular Japanese Chicano artist is MoNa a.k.a Sad Girl. The music video for her song “Azucena” is reminiscent of the sound and aesthetics of a 90s R&B music video.

Mexican-American artists know the importance of promoting their music to the subculture in Japan.

The Japanese Chicanos are not ignorant and deeply respect the Chicano culture.

When cultural appropriation is discussed, it is usually about Americans inappropriately using parts of other cultures in their fashion, home décor or lifestyle without knowing the significance of it and respecting it.

This subject has become even more controversial with the increase of social media, especially with people who are in the public eye.

An example of cultural appropriation is a white girl with a tattoo of Buddha because it is disrespectful to the Buddhist community to have a tattoo of Buddha. As a society, we need encourage people to embrace other cultures, not discourage them.

Help others by encouraging them to do research on a culture or subject they are interested it so they are not ignorant about it and can embrace it with respect.

It is a little strange seeing people in Japan dress like cholos/cholas because it is a culture that originated in East Los Angeles, but it takes time to get used to it and look past the fact that they are Japanese.

If humans had to stick to the culture that they were born into all their life, life would be boring. The world is diverse, respect it.