In a surprising turn of events, Mayor Eric Garcetti is taking back his decision to cut the Los Angeles Police Department’s budget made last July.

Patrisse Khan-Cullors told East Los Angeles College students who aspire to be activists on March 19 that they need to find the issues that impact them the most, because that is what will keep them motivated and committed to their work.

Michael Eric Dyson’s “Long Time Coming” is a heartfelt book that uses the history of racism in America to show how it has shaped our culture and society in various heinous ways.
He goes far back in history from the “Final Passage”, where African people were stolen from their land and forcibly placed inside slave ships, to when two white men murdered a young boy named Emmitt Till after being supposedly accused of cat-calling a white woman. 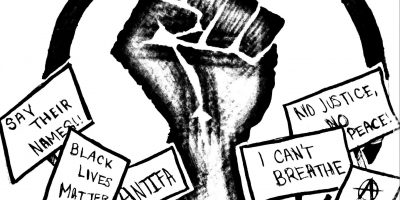 Black Lives Matter, Antifa, and the Boogaloo Bois seem similar, but are not and that confusion is causing everyday citizens to take up arms with scary results.
The BLM movement originated in 2013 due to the increasing number of police brutality against black people.